That’s how my stomach felt last week, as I coordinated the final pieces to live out a lifelong dream – going backstage at a Broadway musical. My friend Tory, as she departed Boston for the bike paths of Bolivia, connected me with her famously awesome aunt, Tony winner Victoria Clark. I’d seen her before in Light in the Piazza and Cinderella- now, she was sharing the stage with Vanessa Hudgens in Gigi (new and improved, with slightly less creepiness than its film predecessor).

Some text messages with Vicki, a call with the company manager, and a ticket to the box office later, my sister and I were off to the theater for the Friday night show, just before this weekend’s Tony Awards.

The show itself was wonderful – we sat in row K, surrounded by other friends and family of various actors. We could see the small mics on people’s faces and had a perfect view of the beautiful stage, with its Eiffel Tower set and sweeping staircase. Victoria had as many songs as Gigi herself, and the cast worked perfectly together.  The plot was… faulty… but I have to assume it made more sense in Colette’s era than it does in 2015. And really, if props are flying across the stage on invisible wires, dancers are kicking in a chorus line, and big dance numbers end in goofy grins, I’m going to be a happy camper.

After the show, we went over to the stage door, around the crowd waiting to meet Vanessa and into the queue to enter backstage.  My name was on the list (spelled right!) and we waltzed right in… and right onto the stage itself. 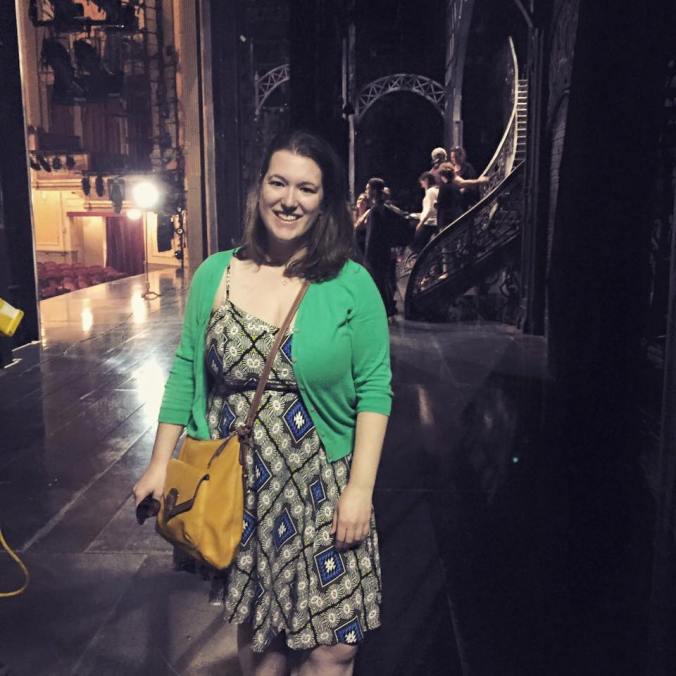 It was everything I imagined and nothing like what I pictured.  It looked so much like the boxy, black backstage where I spent so many afternoons as a stage manager in high school. The view from the wings was just that – lights in your face, and red velvet seats staring back at you. Masking tape on shelves with props resting in their place.  But when you looked out… you were on Broadway.

We met Vicki’s dresser, Vicky (!) who told us about the shows she’s worked on and how crazy Tony rehearsals were. Then the star herself came out and we got to chat and take a picture together. 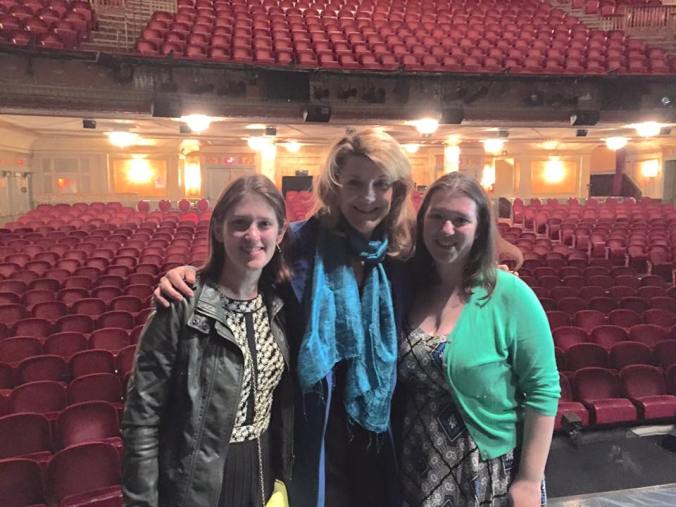 Milling all over the stage were other actors and their loved ones. Corey Cott said hi to his friends, Vanessa Hudgens gabbed with some guests, and people posed on the steps (obviously, we had to join in). 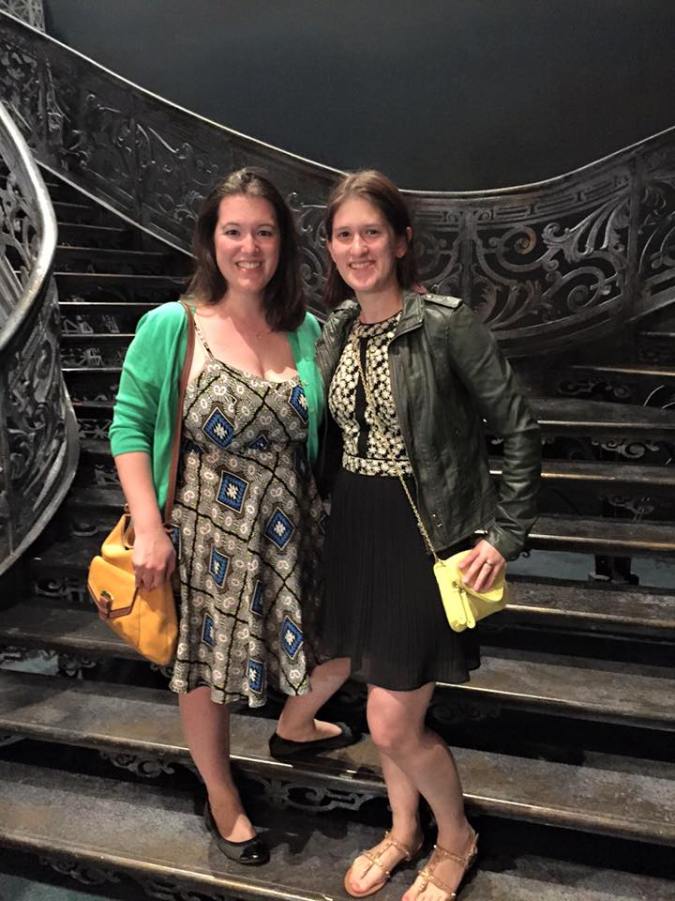 My friends had told me to look out for Max Clayton, a Manchester native making his Broadway debut here. I caught him in between other guests and he was so sweet, especially when he found out that we were from NH. We talked to his aunts, who were visiting, and it turns out that we know a bunch of theater people in common (small state FTW).

When we left, I tried to put on my sunglasses and sneak out the stage door where Vanessa was still signing autographs, but Kat and the security guard wouldn’t let me.  Next time…

Being on stage reminded me how similar every theater is, if it’s a place – and an idea – that you love.  And it also reminded me of the magical spark I get from theater – and why I really need to get out of the seats and back into it.

This whole experience was also a massive lesson in not giving up on your dreams.  I was 100% sure I was not going to accomplish this before I turned 30, and I’m so so so so so glad I was wrong, because it was incredible and it never would have happened if I hadn’t put in the effort.

Massive thanks to Victoria Clark for the friendly welcome backstage and to Tory for helping make this dream come true!