“It’s not what you look at that matters, it’s what you see.” – Henry David Thoreau

I spent my Sunday morning in the woods around Walden Pond. This is notable because:

I love hiking with my mom and other friends, but I wanted to be able to have adventures on my own schedule – which is the reality I’ve been creating for myself since I returned to the city in mid-May. Dates at far-away mini-golf courses, distanced visits to see kiddos and friends I’ve missed, kayaking after work, checking out new bakeries, eating ice cream on the beach, exploring the outdoor world as much as is safe and enjoying every mile (other than that one harrowing rainy drive through Malden…).

Today I needed fresh air, and using my AMC guidebook basically as a “Choose Your Own Adventure”, I found my way to Walden Pond.

I explored the Pond Path, where the splash and babble of the swimmers on the shores below made it feel like I was at the beach. And I took the Esker Path to Emerson’s Cliff – where the non-view made me laugh out loud with only the red squirrels as my audience. 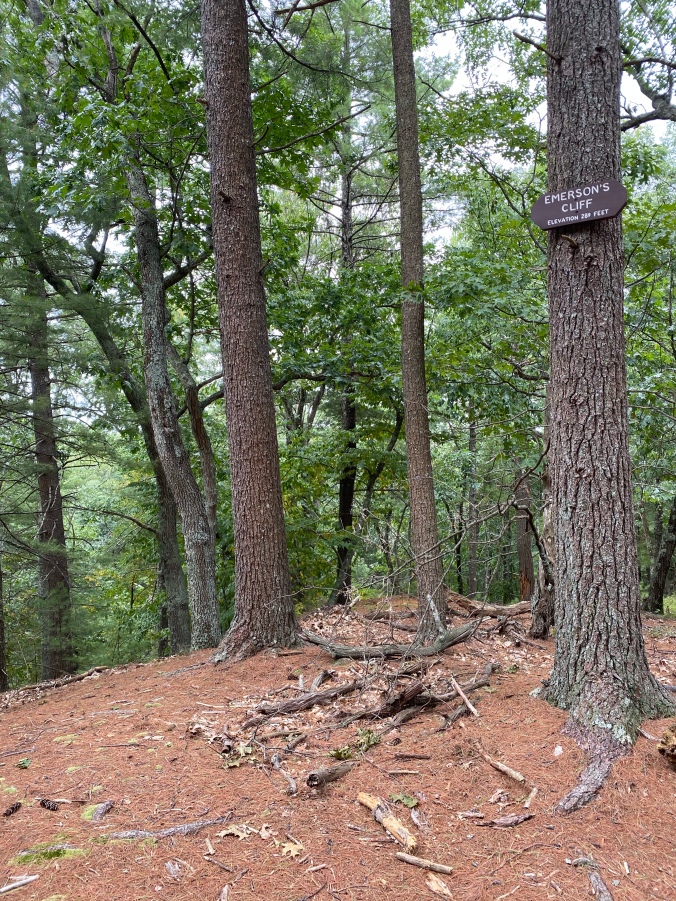 Then I sat by the shore and painted, using pond water with my watercolors and pen. Off to one side was a fallen tree, cordoned off by swim buoys. I painted the way the water was inky where it touched the bark, and where the green pine needles reached down to meet the shadows. It was part of the scene, this Walden life.

Only it turns out – it wasn’t. Pond patrol motored by at one point and I heard the boater say to some nearby swimmers that the hollow tree, formerly a shore menace, had finally fallen just on Thursday – mere days earlier.

It struck me that from where I sat, this thing seemed permanent… inevitable. In fact, it had only just happened and was being dealt with shortly. In a week it likely won’t be there any longer.

It reminds me of this whole situation in the world. It feels like we have been masked and afraid and apart for ages. But when this is over, we will say – that wasn’t forever, it just looked that way from the shore.

We can be the buoys that keep each other safe in this moment – and only once we’ve earned it can we go back to a new normal view.