This week, I went to my first-ever community meeting. You would have thought that as a Leslie Knope fan, this would be a weekly occurrence for me / I would be running these by now, but in fact my progressive city usually operates in such a solid way that I’ve been able to focus my energy on local nonprofit work.

The big, dramatic thing that finally made me change my mind? 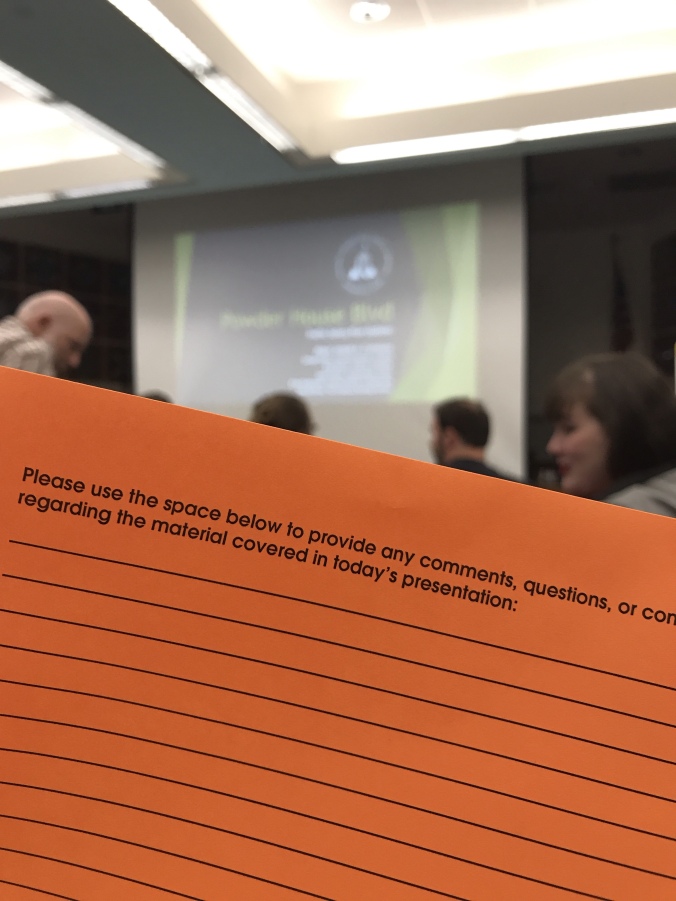 In the year since I moved closer to Tufts, I have been a part of or close to such traffic danger that I never knew was happening down the road. I’ve called 911 for witnessing car accidents in the rotary twice. I’ve had countless cars almost hit me on a crosswalk (usually because drivers were texting). After being on crutches, I realized the terrible weight we put on pedestrians at the benefit of cars (with blocked crosswalks and bus lanes and so much more, which is more than an annoyance when you’re struggling just to stand).

And I now run with a reflective vest in honor and awareness of Allison Donovan, a woman who was mowed down in a crosswalk by a drunk driver right outside the elementary school where this meeting was being held.

For all these reasons – and the tragedies we can prevent – I sat on a hard metal folding chair, wearing said reflective vest, on this Wednesday night. And you better believe that before the night was done, I also put in my name to join the city’s (soon-to-be) pedestrian safety committee.

Being there really showed me why this matters – even if I don’t have kids in the schools or a permanent residence here. Our city belongs to all of us, but we have to show up to really make sure our voices are being heard.

Go to your own local government’s meetings and tell me how it goes! Then maybe let’s run for something together?