All eyes are on the small slice of the world that I call my home state. The New Hampshire primary is in four days, and after close races in Iowa – on both sides – things have reached a fever pitch here.

Of course, I’m home to get in on the fun. On Wednesday, dad and I trekked out to a local middle school to see not just Hillary, but Gabby Giffords and Mark Kelly by her side. 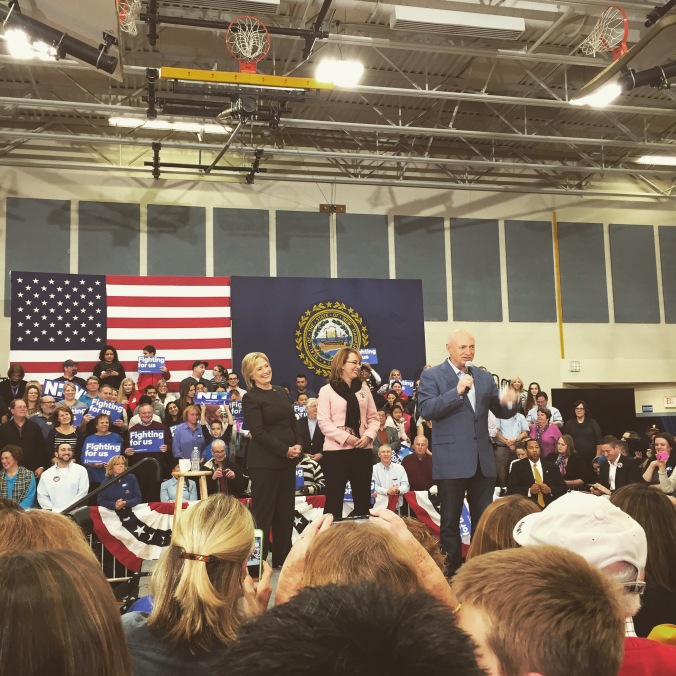 If Gabby hadn’t been shot in that parking lot in Arizona, we could have been talking about when she was going to run for President. Instead, five years later, she’s still in rehab and stumping for the candidate she thinks will beat prevent future tragedies. Her new line: “Speaking is difficult, but in January, I want to say these two words: MADAME PRESIDENT.”

I agree, Gabby, I agree!

So this weekend, I’ll be out, walking through the freshly-fallen snow to knock as many doors as possible and convince as many Hillary people as I can to show their support on Tuesday (no matter how cold it may be!). I believe that she will win – and I’m going to put all my energy into making that a reality!

Hope to see you on the campaign trail!