Confession: #7 was going to be the Harry Potter Experience, outside London, because it was easily one of the most fun things I’ve ever done in my life.  But it’s also one of the few things I covered well in the midst of my travels (you should read about it here!) so I’m expanding this superlative to include a wider swath of geeky adventures.

This post is dedicated to the literature nerd – the girl with her nose in a book, the one who bought a wand even though the conversion rate was ridiculous, who was late to meet her friend for dinner because she was too busy trying on deerstalkers and seeing which one would go best with her pipe. 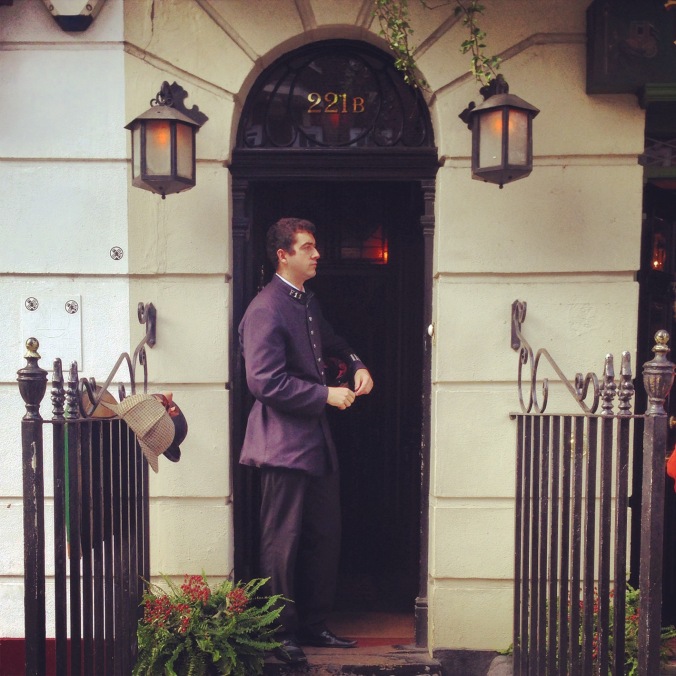 On duty at 221B Baker Street

It’s for the roommates whose very first piece of art in their apartment was a reprint of an oil painting of Colin Firth as Mr. Darcy.  For those travelers who dance on the steps of the Mirabell Gardens just like the Von Trapp children, and those whose itinerary is driven by their favorite board games (more on that later…).

Just posing with some french bread, waiting for the town to wake up and saaaaaay – BONJOUR!

While people around the world dream of seeing the Big Apple (which is lovely, don’t get me wrong), my heart belongs to the rooftops of London, where Bert and Mary Poppins could appear on the horizon any time.  To the corner of Covent Garden where you expect to see Eliza Dolittle selling her flowers, to the Notting Hill bookstore where Hugh Grant would fit right in.  Europe may be the land of culture and history, but to me, it’s also the land where my wildest, nerdiest dreams come true. 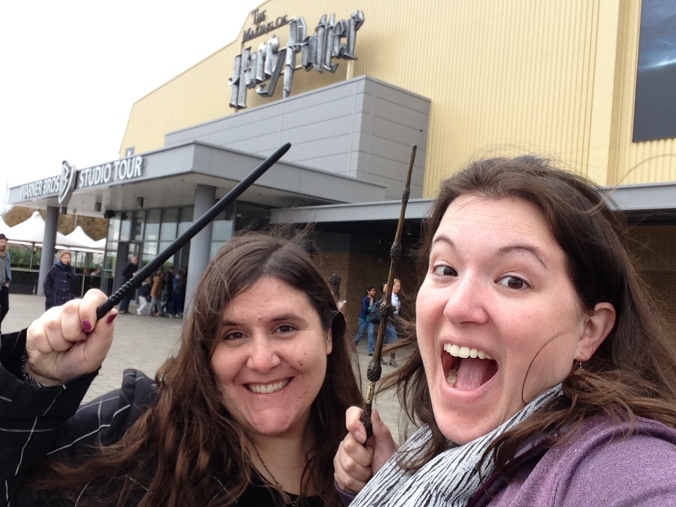 And yes, that’s the elder wand.  Go big or go home, right? In the end I had to do both – but I left some of my nerdy heart in Europe.  As if I needed a reason to return!

The #7 is brought to you from a train platform in France.