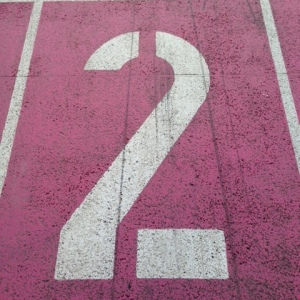 #2 on my list of best adventures in Europe is Windsor Castle.  My parents and I took a day trip here, out and back from Waterloo station.  We got an audio tour and what turned out to be a private guided tour (because no one else showed up!).  Our guide told us all about the history of the place and the people who still live there today.  She also told us that the queen was expected to arrive that afternoon – we would know if she was there because her flag would replace the Union Jack. 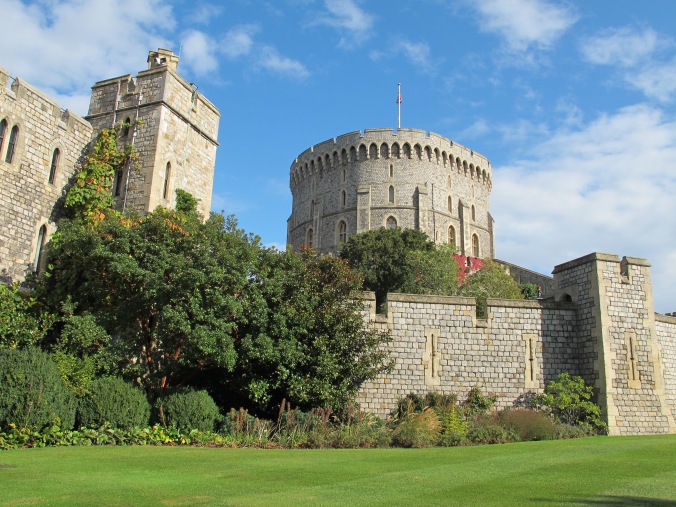 The castle itself was fascinating.  The round tower, seen here, was built in the 1100s, and sits on a hill with a dry moat around it.  It was never meant to be filled (and today, contains gardens).  For the first 100 years, the tower atop it was wooden, in order to give the man-made pile time to settle before loading it with rocks.  Apparently this is how most castles are started!

Windsor is still in use today, so it has a strange mix of history within its walls.  One room is filled with commissioned paintings depicting the battle of Waterloo – next door is a hall filled with armor from all eras and origins.  Then other parts of the state apartments had their actual walls and ceilings completely destroyed by a fire – but the furniture, which was put aside during renovation, was saved and now the rooms represent another era entirely.

My favorite part was Saint George’s Hall, which contains depictions of all the coats of arms belonging to the members of the Order of the Garter, and bearing their motto over and over – Honi soit qui mal y pense. That’s Middle French for “Shame on him who thinks evil of it.”  (Read more about the Order of the Garter here.) Prince William’s is up there, along with those of Sir Edmund Hilary, Margaret Thatcher, Winston Churchill, and others.  And then between the red, blue, and gold, there are also blank shields for those who lost their honor and have been erased from the ranks – mostly from treason, back when that was a thing that kings and queens literally lost their heads over. 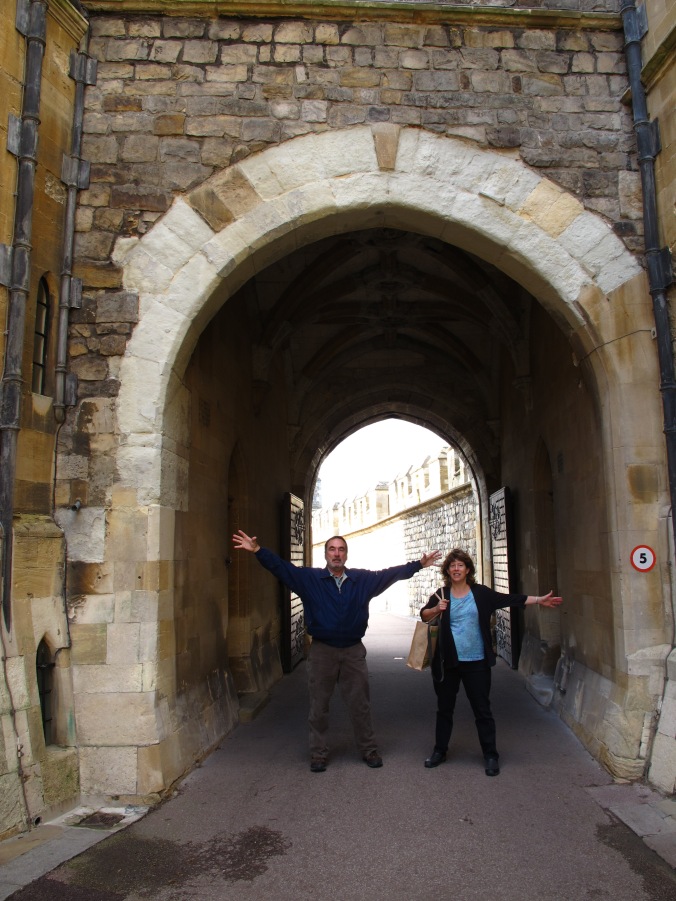 We ended the day with tea at the Crooked House – more about that delicious meal here!

And by the time we left – lo and behold! – the flag had changed to the royal standard.  Somehow, the queen slipped past us (probably while we were eating our second scones…).  Maybe next time we’ll actually get to see her… 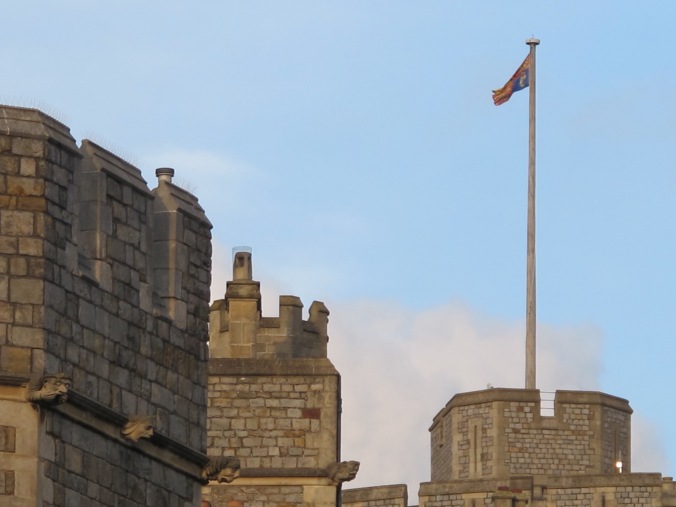 Top tips of you go to Windsor Castle: 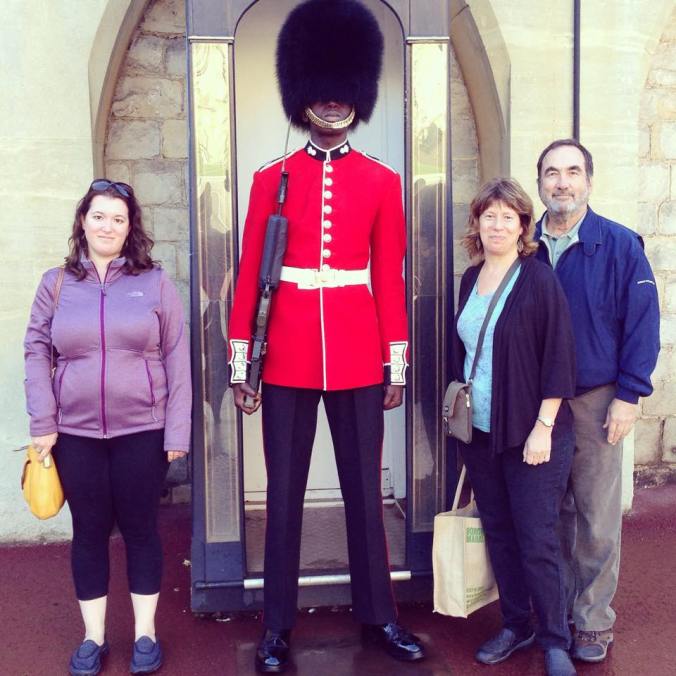 Dad didn’t get the memo about making a serious face.

The #2 is brought to you by a racetrack next to the Seine in Paris!